Conscious Uncoupling – Is it Right for You? 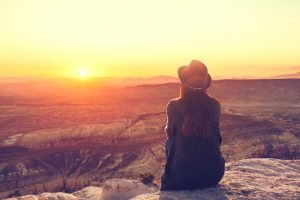 The ending of any marriage is painful. There’s no question about it. There can be a tendency to view the end of a marriage negatively – and that’s understandable. On the other hand, however, the end of a marriage can also be a chance to look forward to new beginnings, and to embrace change and growth – particularly if the marriage was in a difficult place for some time. Instead of viewing the end of a marriage as a failure, it can be viewed as an opportunity. That’s the general idea behind conscious uncoupling – a divorce philosophy that has become increasingly popular in recent years.

The word “uncoupling” is a term that has been used to describe divorce since the 1940s, but “conscious uncoupling” is certainly a more recently used term. Initially, the term was coined by Katherine Woodward Thomas in 2009 as a five-step process to work toward and support the conscious completion and ending of an intimate relationship. The phrase became particularly popular and more widely used after actress Gwyneth Paltrow used the phrase to describe the divorce process between herself and then-husband Coldplay singer Chris Martin.

In essence, conscious uncoupling is a phrase often used to refer to a relatively amicable divorce. It is a process in which both partners accept responsibility for the separation and look to reclaim their own identity outside of the marriage and to function in an emotionally healthy way in the future. The ultimate goal is to end the relationship with kindness and integrity so that both partners can move on and move forward.

A Closer Look at the Five-Step Process

When Katherine Woodward Thomas first introduced the term in 2009, it was generally described as a five-step program that would provide a calmer alternative to traditional divorce. Those five steps are as follows:

Generally, the uncoupling process is considered complete when both partners have defined themselves, and are also viewed by others as separate and independent of each other. Essentially, then, being partners, or being joined together in a marriage is no longer a major source of identity for either person.

As you seek to move toward the goal of a more peaceful divorce, however, it’s important to keep in mind that it may not always be easy, and there will likely be a few bumps in the road. If you find yourself struggling and needing a little bit of extra help, don’t be afraid to ask for it. Seeking help from family, friends, religious leaders, or trained therapists can be extremely helpful and well worth the effort. Take the necessary steps to move through the process in a way that is manageable and emotionally healthy for you.

From a more legally oriented perspective, it’s worth noting that those couples who are using the conscious uncoupling process are often less inclined to pursue a traditional divorce in a courtroom in front of a judge. Doing so can often be stressful and antagonistic. Instead, those who choose conscious uncoupling are often drawn toward more cooperative, alternative methods of resolution, like mediation or collaborative divorce. If you find yourself drawn to either of those methods or if you need assistance with any other aspect of the divorce process, at The Law Office of Dustin McCrary, we can help.

The Law Office of Dustin McCrary – Here for You

If you and your partner are considering, or are in the midst of, a conscious uncoupling, we are hopeful that the information provided here has been helpful guidance for that process. Wherever you are in the divorce process, at the Law Office of Dustin McCrary, we’re here to help. We understand every step of the divorce process – and we understand how emotional and difficult it can be. Our passion is helping families through this process smoothly and successfully, so they can turn the page and take the first step toward a bright new chapter ahead. We would love to help you do that too. If you’re ready to get started, we’re ready to listen. Call us any time. We look forward to speaking with you soon.

A divorce lawyer focusing on the legal needs of divorce and separation, child custody, child support, alimony and spousal support, property distribution and domestic violence. I’m a divorce lawyer in Statesville, Mooresville, Hickory and the surrounding areas because I believe that divorce is tough and demands five-star-quality plus representation.

Attorney Profile
What We Do
Testimonials